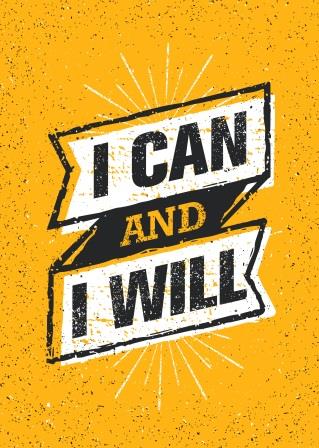 Stuck in a never-ending cycle?

If you are having trouble with the patterns that seem to always repeat themselves in your life. It is important to know that there is always a way to break out of cycles and situations that don’t serve you.

Belief is a powerful thing…It can either disempower you or empower you, and the choice is always yours. No cycle is unbreakable but you have to start believing in your power to make your situation better. Using statements like ‘I can’t’ and ‘I’m stuck’ or other statements of this kind are self-fulfilling prophecies. So, change the way you talk to yourself and start saying ‘I can’ and ‘I will’ because ‘I will’ is saying you believe in your will. If you want to do something, you will find a way. If you don’t, you will find an excuse. ‘I can’t’ and ‘I’m stuck’ are excuses. So, question yourself. Do you really want to make a change? Because if you really do, you will find a way. END_OF_DOCUMENT_TOKEN_TO_BE_REPLACED 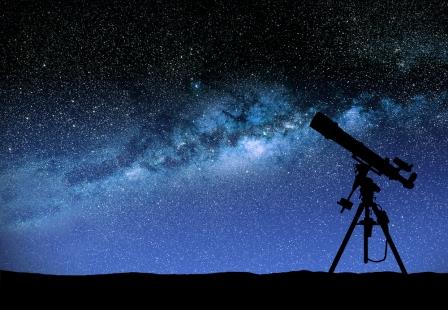 Ptolemy (AD100-173), was a great astrologist/astronomer, one of the things he did in his work was map out the position of stars and detailed the way that they influenced human behaviour.

He wrote a number of very important books, one being Tetrabiblos, with translated versions still in print today and another being Almagest which was used by later astrologers to continue the work on ‘fixed stars’ – their placement and significance.

Despite the name ‘fixed stars’, they are in fact not precisely fixed, they move in a forward direction around one degree every seventy years.

If you have a birth chart reading done, then an astrologer will be able to advise you on the significance of fixed stars, whether they were rising, setting or culminating when you were born. You may want to consider an email reading with our astrologer: https://www.psychicsight.com/email-readings Chrystalyte can give you a reading that tells you about the balance of signs in the birth chart and the blessings and challenges shown; she considers these as gifts you carry with you, and gauntlets that have been thrown down for this lifetime, to allow soul growth and greater experience. END_OF_DOCUMENT_TOKEN_TO_BE_REPLACED 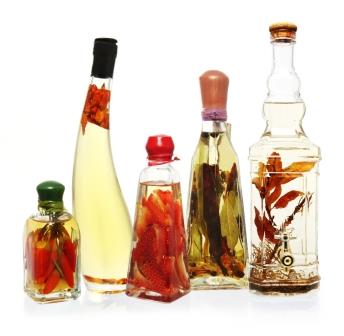 Not everyone is blessed with being a good cook, and many of us are time poor and looking for fast ways to feed the family. If one of your New Year resolutions was to lose weight, to eat healthier, or cook more from scratch, then it can be nice to have a few handy tricks up your sleeve in the kitchen that are quick and easy, but pack a punch of flavour.

Why not give these three flavour infusions a go?

END_OF_DOCUMENT_TOKEN_TO_BE_REPLACED 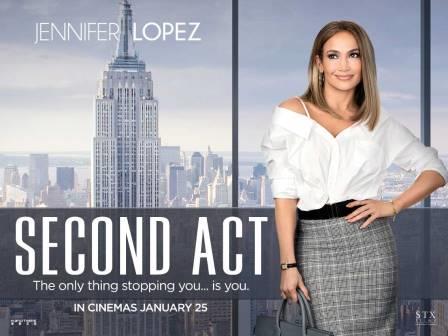 For January, I thought we would profile a feel-good movie, this time with Jennifer Lopez in the starring role. If you liked her in ‘Maid in Manhattan’, the chances are you will like her in this film – Second Act.

As the film title suggests, this is all about getting a second act in your life, not accepting that your life must follow on the trajectory you imagined.

In the film Maya (played by Jennifer Lopez) is a 40+ year old woman, who is frustrated that she has not achieved more in her life. She has a job working in a value store, she is very good at her job, but she gets passed over for promotion as a result of not having a college degree. Which just adds to her frustration. END_OF_DOCUMENT_TOKEN_TO_BE_REPLACED 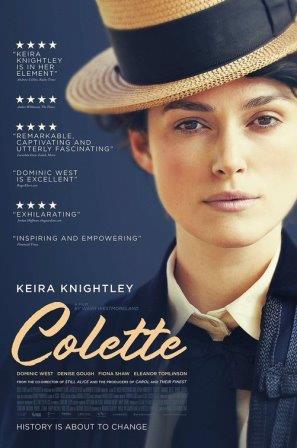 Keira Knightley acts in a British biographical film called Colette, based on the French writer Sidonie-Gabrielle Colette. The drama is directed by Wash Westmoreland, and Keira plays opposite Dominic West, who plays the character ‘Willy’.

Henry Gauthier-Villars (Willy), introduces Colette to Paris, at a time when it is at its most bohemian, a far cry from the rural childhood home of France she was used to. She marries Willy, who is a successful Parisian writer, with all the intellectual entrapments and artistic splendour that involved.

It’s not long before Willy discovers Colette has a talent for writing, and he persuades her to ghost-write for him. She agrees, and turns in a semiautobiographical book that is both funny and brazen in equal measure. The book is named Claudine, and becomes both a literacy sensation and bestseller, with women unusually turning out in their droves to purchase the book. END_OF_DOCUMENT_TOKEN_TO_BE_REPLACED 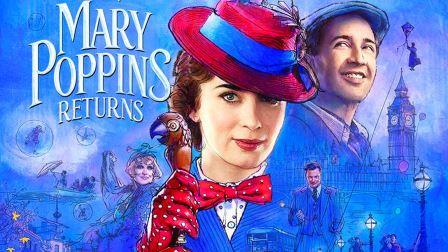 Can you believe it’s been fifty-three years since the original Mary Poppins opened on our screens? I’m sure that Disney are hoping for Mary Poppins Returns to be ‘practically perfect in every way!’

The film isn’t in fact a re-make of the original, but a new movie, with a fresh story-line. To not ruin the surprise Disney haven’t actually revealed a lot about the plot.

Here’s what we do know about the film’s storyline

Jane and Michael – the grown-up Banks children are living in their parents’ original home at Cherry Tree Lane, the action is set twenty-five years later in 1935, and now Michael has children of his own.

At first you assume that Mary Poppins has returned to look after the children, but in fact she is there to help her original children – now adults, Jane and Michael. They are particularly in need of an injection of joy, after Michael suffers a personal loss leaving the whole family sad. END_OF_DOCUMENT_TOKEN_TO_BE_REPLACED 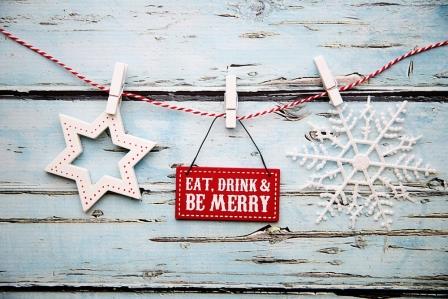 In the UK pubs are still closing at a rate of knots, and yet the British love a tipple, and never more so than at Christmas. With Supermarkets competing with each, and driving down the price of alcohol, it is readily available giving people plenty of incentive to stock up.

But, if you have reached a certain age, where you can’t drink quite like you used to, or at least not whilst waking up feeling bright eyed and bushy tailed – then read on for some smart ways to minimise the almighty hangover.

END_OF_DOCUMENT_TOKEN_TO_BE_REPLACED 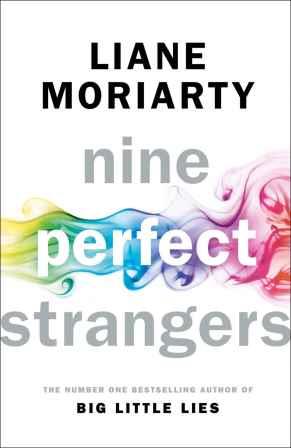 We’ve got three good books to explore, a thriller, an inspiring year-long journey and possibly the last self-help book you’ll ever need!

You probably recognise Liane Moriarty’s name, as she is the best-selling author behind the hit HBO TV series – Big Little Lies.

Her latest book is set at Tranquillum House, a health & wellness retreat that sells itself on the basis of total transformation.

So, nine city folk that want to escape for a while from their stressful lives, dropping their mental and physical baggage as they go, via meditation, massage and more, go to the house. They are without cars, phones and all the entrapments of a modern existence that would allow them access to the outside world.

It should be a time of just getting to know each other, and getting more in touch with themselves.

The retreat is watched over by the Resort’s director, a woman who can be described as ‘on a mission’, but perhaps her mission is at odds with what the guests are imagining or expecting… 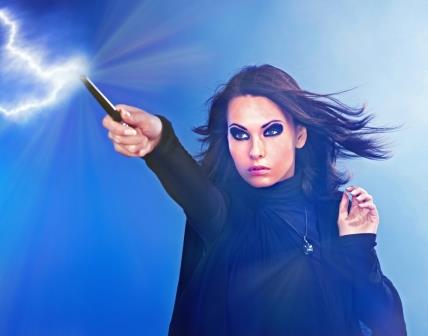 Halloween seems like the perfect time to discuss magic, as the season conjures up all things sorcery.

Magic is for many a combination of science and art; the science part is in researching witchcraft and following a specific spell and method, and the art comes in the form of your insights, intuition and creative abilities! Both elements are needed in order to alter the natural forces to bring about your will and produce a new outcome.

No doubt you will have heard the terms ‘Black Magic’ and ‘White Magic’. Magic that is used with the purpose of causing someone harm or being used to manipulate and circumvent free will is black magic, and white magic is where you wish to bring about a positive outcome.

But of course, things are not that simple, and life is not black and white. For example, if a person wished another to fall in love with them, then the desired outcome is a positive one, but it could not be achieved without influencing the will of the object of desire!

So, for some people the term black magic will be reserved for spells that draw on evil forces. END_OF_DOCUMENT_TOKEN_TO_BE_REPLACED 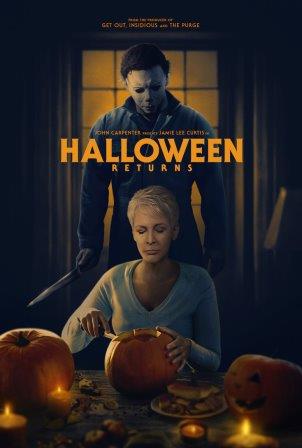 Whilst a serious theme is addressed, don’t be mistaken for thinking that this horror movie moves away from its ‘slasher’ origins, because it doesn’t. There is plenty of violence and scenes of gore, but at the same time there is much humour, and a clever nod here and there to the previous films. END_OF_DOCUMENT_TOKEN_TO_BE_REPLACED